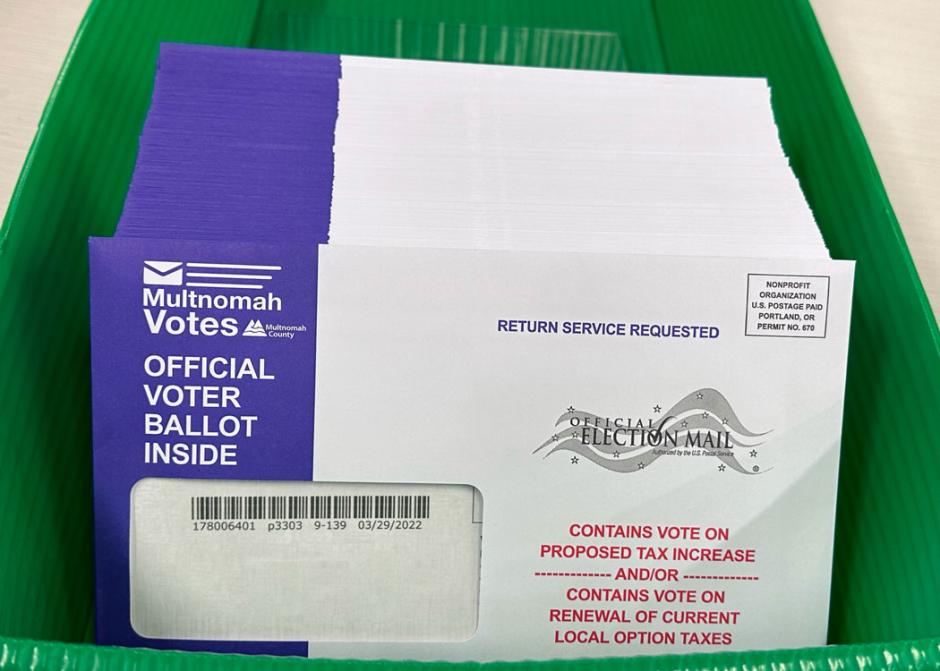 Before I get into this, I want to say a couple of things:

First, on “public safety.” Policing is the one area of the public sphere that gets rewarded rather than punished for not doing their jobs. It’s the definition of a perverse incentive: The less safe people feel, the more police they want. And it is for this reason that police departments in every major city in America have been on an undeclared work stoppage ever since the George Floyd protests. No department (including Portland’s) has seen a meaningful funding cut or reduction in force but every department has decided that it is in their interests to cut down on enforcement, to increase response times, and to otherwise add to urban residents’ feelings of fear and uncertainty during this difficult time. The purpose of these work stoppages is clear: Incentivize people through fear to fill out their ballots in the most reactionary way possible, ensuring that the funding-and-equipment bonanza of the last 30 years continues apace. I urge none of you to fall for it.

Secondly, on the issue of homelessness – there is absolutely nothing wrong with a feeling of disgust, shame, or even fear when encountering some of the most visible and abject poverty that any of us have ever seen on the streets of our city. It shouldn’t be there, it shouldn’t be out in the open. You shouldn’t be OK with it. But it’s important to remember one thing: Absolutely no one in city government is either willing or able to address this problem. Not a one of them are going to remove these blights from your vision. Not a one of them are going to decrease your feelings of fear and anxiety when encountering our 21st-century urban landscape. It is the landscape of a decaying empire, the landscape of collapse. The problems that have created a spike in homelessness are essentially baked in, and anyone telling you that they are going to fix it and make you feel better about it are lying to you. Given these realities, the question is not “what can we do to fix this?” The question is “do we want to alleviate the suffering of the people have been cast aside by our system, or do we want to punish them further?” I know what my answer is, and I urge you to consider which path you think the city should choose before casting your ballot.

As of now the Portland City Council stands as follows: We have three reactionary, pro-Police Conservatives who work at the behest of the Portland Business Alliance: Ted Wheeler, Mingus Mapps, and Dan Ryan. We have one squishy liberal in Carmen Rubio who will vote with those other three to avoid having millions of dollars thrown at her in the next election – so functionally she has voted with them when it matters because she wants to stay in office. And then there is one true Progressive on the Council who will vote what she believes regardless of the political cost and regardless of her chance for succeeding. That person is JoAnn Hardesty.

It’s telling that despite being a one-person voting block who is unable to meaningfully enact city-wide policy, Joann Hardesty has received the majority of the ire of the Portland voting public when it comes to the visible misery on the streets of the city. It’s especially telling because she is the only person in office who stands for everything that liberals have claimed to believe in since President Obama was elected in 2008. She’s a woman of color, she’s a true progressive, and she is absolutely unafraid to stand up to powerful interests in the name of doing what’s right. She’s outspoken, she’s hated by special interests, and she is not afraid to show compassion to the people within city limits who most deserve it. And yet we are faced with the real possibility that a large number of self-professed Progressives will turn away from her in this election because they’ve been won over by a racialized smear campaign of fear and uncertainty around her “judgment” or “personality.” They have not been shy about making you afraid of the only black woman to ever be on Portland’s City Council, of making you think that she’s too angry or unstable to be good at her job, or that she’s a poor manager. They know exactly what they’re doing, and if you’re falling for it this late in the game I don’t know what to tell you.

To be clear, Rene Gonzalez is a reactionary Republican and his presence on the council will already add to the Republican majority that exists there. They will not solve homelessness, they will not make you feel safer, they will not even do the bare minimum in terms of addressing the core issue at the root of the problem. What they WILL do is reward the Portland Police Bureau for a two-year-long work stoppage by increasing their funding significantly while ensuring that the people in this city who most need our help are made to suffer immensely more than they are already. Neither of these things will make you safer, neither of them will even make you feel better about yourself as you walk down the street or drive along the interstate. The only thing that Gonzalez and his ilk promise is punishment. They want to punish the people who are causing you emotional pain by their very presence. They want to punish people for the sin of not being able to afford a $2,000/month studio apartment, for the sin of not being able to find housing while on the decades-long waitlist for public housing, for the sin of being mentally ill, for the sin of addiction, for the sin of despairing in a broken world. What this dead-eyed freak wants to you know is that there is justice in the world – that these people will be punished in a way that is commensurate with their crimes against your conscience. He wants you to know that good people – like you – are rewarded. And bad people – like them – are punished. That’s his vision of justice.

And maybe that will work for you. Maybe that will allow you to sleep better at night, knowing that everything is being done to make people pay for the emotional pain they’ve caused you. But one day you may find yourself on the chopping block – cast aside by a system that no longer needs you. And when that day comes you will be living in a world that you’ve helped create through voting for reactionaries like Gonzalez. Don’t be that person.

Liberal (adj) [lib-er-uhl]: “A person who is in favor of changing things in principle but rejects every opportunity to institute those changes in practice – particularly when their own interests are threatened”

“Portland’s city government is antiquated.” “It’s unequal.” “It’s racist.” “It favors the interests of the rich and powerful.” “It has to change.” Everyone has agreed on these simple statements during the whole of my 13 years in this city. This is what elected officials of all stripes have repeated ad nauseum in speeches, tweets, and press releases for as long as I’ve been here. You see, they want CHANGE. They want things to be DIFFERENT. They want JUSTICE. They stand for PRINCIPLES.

But here’s the thing: Now that there’s a proposal that addresses every single one of these concerns in a thoughtful, comprehensive manner, something funny has happened. Those same people are likely to say things like: “It’s too much at once.” “It’s frightening.” “It’s too complicated.” “I would have done it differently (unspecified).” “I’m not so sure about this.” It’s a predictable if disheartening turn of events in the good-faith effort to address the concerns of good-faith people who recognize a broken system when they see it. But immediately after this proposal went on the ballot we got to see how many people actually believed in those principles and how many were just cynically parroting such talking points while benefitting from the system as it stands today. And it appears that there are a lot more people in the latter category than there are in the former.

Listen: If you’re concerned about the wide-ranging nature of this measure, if you’re worried it’s too complicated, if you find yourself confused as to what it will do, I have some advice for you: Read the fucking measure. Better yet, read a short summary of it. You’ll find that it’s wide-ranging, it’s systemic, and it’s comprehensive. It’s a level of fundamental change which is rarely seen in our politics and some would argue is impossible. But one thing it isn’t is complicated. These are common-sense changes, all of which have been instituted in other localities.

You can do it. Read the measure, then find one part of it that you’re actually against and articulate WHY you’re against it. Maybe even articulate why that one bad things outweighs all of the other objectively positive changes in the bill. Don’t just vote against it because you’re not willing to do the work. Read the fucking bill.

This one is a no-brainer given the circumstances and how close the race is. There’s reason to believe that Kotek would be a significantly better Governor than Kate Brown, and her track record on housing in particular is pretty good. There’s also reason to believe she’ll just be another status-quo Democrat, but I think there’s an actual ideology behind the facade here, unlike our current Governor – who believes in absolutely nothing and did absolutely nothing in 8 years as a result. No room for a protest vote here. Do the right thing.

Because Oregon Democrats patently refused to do anything to fix our archaic, built-to-fail Republican-created taxation system despite having a supermajority for four years (in fact, not a single Democrat even brought it up as a possibility), we are stuck in a state with diminishing government resources, basically forever. That’s because both parties want it that way and would prefer to divy up these diminishing resources to an increasing number of inefficient non-profits until there’s only 10 or 11 government employees left. Given that circumstance, one of the more depressingly optimistic scenarios is that sufficient funding for programs can only be achieved by writing them into the constitution so that they can be enforced by unelected judges who can then force the legislature to do their job and fund a functional government. It hasn’t worked with public defenders, it hasn’t worked with mental health programs, and it certainly hasn’t worked with education – but maybe it’ll work here. Worth a shot.

It’s not a coincidence that this measure is finally on the ballot just as the Democrats are about to lose their once-in-a-lifetime opportunity to create fundamental, positive change in our state government via a nearly decade-long supermajority in the legislature. Democrats depended on Republican walkouts as an excuse to never be ambitious, to never try anything, and to pretend that they were ever doing anything other than negotiating with their financial backers to water down legislation during this pivotal time in state history. That time has now passed, so they’re finally willing to do something to prevent those walkouts in the future. It’s too little, too late, but it’s still a good thing.

All good stuff in here.